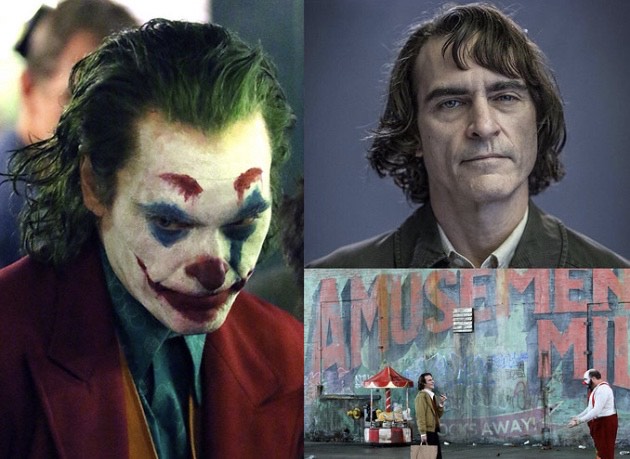 Disclaimer: “Joker” is an R rated movie. If you do not like gore and are sensitive to discussions about mental illness, this movie may not be for you.

On a whim, my friend and I decided to watch Todd Phillips’ “Joker.” I had never been a huge DC or Marvel fan, but I can definitely appreciate the work that went into the franchise. At first, I was nervous I would not understand what was happening in the movie. However, if you are like me and have no experience with the comics, this movie is perfect for you because it establishes the Joker’s origin story.

“Joker” follows a clown and failed comedian named Arthur Fleck (Joaquin Phoenix) who goes through life with a condition that causes uncontrollable laughter. Because of this, people are constantly harassing Fleck. Eventually, he becomes fed up with his current life and manifests his alter-ego, The Joker.

Overall, I thought this movie was extremely well made and the actors did a fantastic job portraying their characters. Yet, the plot itself was a bit slow in the beginning. Since the director, Todd Philips, spent a long time developing Arthur’s backstory, there was not as much violence at the end of the movie as expected. There were a multitude of people who incessantly made fun of Fleck every day. Random people in subway cars beat him until he was bruised and bloody. This led me to believe that when he transformed into the Joker that he would take revenge on all the people who had wronged him in the past. I was slightly disappointed because I always associate villains with excessive chaos and unforgettable revenge schemes.

To me, it seemed like Todd Philips did not incorporate much violence into the movie because he is most famous for the comedy movies: “Road Trip”, “Old School”, and “The Hangover Trilogy”, which were all polar opposites of “Joker”. That being said, I think that Philips did a phenomenal job conveying the creepiness that Joker displayed.

Furthermore, Todd Philips sought out the famous Robert De Niro to play Murray Franklin. Murray was a talk show host and represented Arthur Fleck’s (Phoenix) father figure since Fleck grew up without a dad. In an interview conducted by CinemaBlend, De Niro mentioned that he was a part of “Joker” because his movies “Taxi Driver” and “King of Comedy,” heavily inspired some aspects of the plot.

In addition to the intriguing actors in “Joker,” there is an intense emphasis on mental health in the film. Fleck most likely had a form of Tourettes since he had uncontrollable laughter. Throughout the movie, Fleck was socially isolated, hallucinated, had mood swings and risky behaviors. These symptoms also seem to display signs of both bipolar disorder and schizophrenia.

And just like any other movie, there are some critics of “Joker”. They say that Phoenix’s portrayal of “Joker” inaccurately represents the correlation between violence and mental illness. According to CinemaBlend, controversy arose when the families of victims from the Aurora, Colorado shooting spoke up against Warner Brothers, and they wanted Warner Brothers to donate to victims of gun violence. The shooting occurred during a midnight screening of “The Dark Knight Rises,” so some people have drawn connections to “Joker” by stating that both movies promote violence.

Overall, I really enjoyed this movie. Towards the end, the plot significantly picked up. I was shocked, somewhat scared, but mostly satisfied. To me, it seemed obvious that there will be a sequel in the near future, and when that time comes, I will most definitely be in the theater.