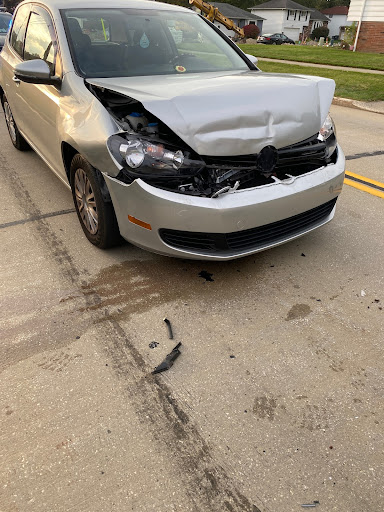 With the official start of winter approaching fast, driving becomes more difficult and brings more accidents. Personally, I think the driving age should be raised. From past experiences and stories from others, it’s easy to see the damage that careless driving has on others.

In the past, I have crashed my car and the only thing to blame was my carelessness. A distraction in the car was the cause of the crash and my inability to stop the car completely. If an adult was driving instead of myself, the accident most likely wouldn’t have occured.

A fellow writer for the Solon High School Courier, Noa Rabkin, also was in a car accident. Rabkin was driving the car and after a small mistake, crashed her car and totaled it.

“I turned and then somebody came out of nowhere from the direction of oncoming traffic and hit the front passenger side and spun my car around,” Rabkin said. “It completely totaled my car, I mean, I wasn’t hurt, but [it] traumatized [me] a little.”

Results from a survey conducted on SHS students also showed a large population of 16-17 year old drivers. With the same survey I found that over 17% of SHS students had been in car accidents. While this might not seem large to begin with, the survey was only completed by 44 students meaning 8 of them had been in accidents. Think of this as the whole school of around 1,600 students. This would mean about 718 students have been in a car crash.

This leaves a good majority of over 800 students in the school who have not experienced a car accident. A part of this majority is senior Elania Marigney. Marigney believed that the driving age in the US is something that does not need to be changed.

“I think the driving age depends on the area you live in,” Marigney said. “In countries where people rely on vehicles to get to places, lowering the driving age encourages kids to be more independent.”

The US, when compared to other countries, uses cars much more often. This is due to the distance between locations and the lack of other transportation options. It has become a huge part of our everyday lifestyles and is important for people to get from place to place. Emma Rothenfeld, a senior who also drives often, agrees that it has become a staple of the American lifestyle.

“I like driving,” Rothenfeld said. “It has become so useful for me within the small time since I got my license. I can’t imagine my life without it.”

While many agree that driving is important to the American lifestyle, it can also be said it has led to many dangers. Having more teens on the road has also led to more accidents. The leading cause of teens deaths in the US is accidents. Senior Sammie Weinberg has experienced a car accident that could have easily killed people in the area if she had not hit her break.

“Thankfully, no one was hurt, but I refused to get into a car unless absolutely necessary for at least a month,” Weinberg said.

Having teen drivers on the road can be a dangerous thing and raising the driving age would help in stopping teen car accidents. But are teens the only people who need to put extra caution in when driving? In the past, I have been in the car while my dad backed into my mother’s car. Although this may be true, a study done by the University of Rochester stated that the teen brain is not fully developed until the age of 25. They also found that teens act with the emotional part of their brain instead of the decision making part. A teen driver who is stressed or nervous would get into an accident more often than a rationally thinking adult. Adults have a fully developed brain and when driving can act in a calm and rational manner.

“While driving is an important part of today’s society, I can understand why there needs to be a change,” Rothenfeld said. “Whether it be from the adults on the road or the teens, people need to be more cautious when in the driver’s seat.”